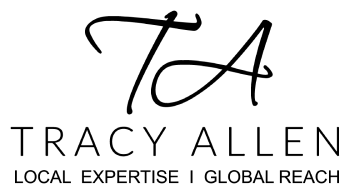 Portlock is a picturesque Hawaii Kai neighborhood with around 120 luxurious homes rising from the Maunalua Bay oceanfront to the western slope of Koko Head. The community is named for Nathaniel Portlock, a member of Captain Cook’s crew who became the first European to arrive at Maunalua Bay in the 18th century. Modern development began in the 1940s and ‘50s and accelerated with the arrival of influential industrialist Henry J. Kaiser in the 1960s. Kaiser was responsible for the masterplan guiding much of Hawaii Kai’s development, and he chose Portlock’s beautiful bayfront as the setting for his grand 5.5-acre Portlock Estate. In the 1990s, real estate billionaire Genshiro Kawamoto purchased the property for more than $40 million.

A majority of Portlock’s homes were built following Kaiser’s arrival in the ‘60s and ‘70s, and around a third are located directly on the waterfront. All boast exceptional design and amazing ocean, mountain, and city views.

The adjacent communities of Triangle and Koko Kai are often thought of as belonging to Portlock, though the neighborhood is technically comprised only of properties on Portlock Road. Portlock is close to waterfront shopping and dining in Hawaii Kai and within 30 minutes of Downtown Honolulu. Portlock is also near several great surf breaks and bodyboarding spots, plus many scenic ocean lookouts. Portlock’s views take in dramatic sunsets over Diamond Head in the west and ocean waters teeming with marine life including whales, dolphins, and sea turtles.

This peaceful neighborhood is close to the conveniences of Hawaii Kai’s Towne Center and Koko Marina Center. These stylish commercial hubs offer dozens of restaurants and retailers. Highlights include Moena Café, a Hawaiian bistro with delicious brunch and lunch options. Kona Brewing Company has a great craft beer selection and a menu of gastropub eats. Teddy’s Bigger Burgers offers arguably the tastiest burgers on Oahu, serving a wide range of specialty burgers and custom toppings in sizes that range from generous to mountainous.

The coastline around Portlock features several landmarks that are favorites of locals and tourists alike. For example, you can dive from China Walls into the clear ocean water. The waves can sometimes be powerful, but on calmer days, it’s an excellent swimming spot. The sea cliffs above Spitting Caves are one of the best places to relax and take in the endless ocean scenery, and the caves at the cliffs’ base are so named because of the mesmerizing way the ocean waters flow in and out of them. (Water flows in through the caves’ inlets and builds up until the pressure reaches a point where it is blasted back out with unbelievable power.) When conditions are calm, the high cliffs above Spitting Caves attract daring cliff divers. However, the caves’ water blasts are at their most impressive when the seas are rough.

Hanauma Bay is one of Oahu’s most popular tourist destinations, and its curving sandy beach is arguably the island’s most attractive. Hanauma Bay provides excellent snorkeling, with an abundance of sea turtles and around 400 species of fish inhabiting its waters.

Public schools are organized by the Hawaii Department of Education. Highlights include:

Work With a
Proven Leader!

As an industry leader with 31 years of dedication, Tracy’s extensive market knowledge and skill have consistently placed her among the elite of Hawaii’s realtors. #1 Ranked Coldwell Banker Agent in all of Hawaii.
Let's Connect

For exclusive news and market updates sign up for our newsletter.